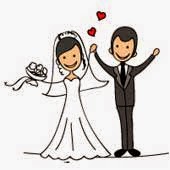 What is the Ukrainian wedding? Which tradition we have? I'll try to show you on my example.
My weddong wasn't totally traditional, just have some interesting elements.
So... let's go!

In the morning the groom with his family comes to the bride. 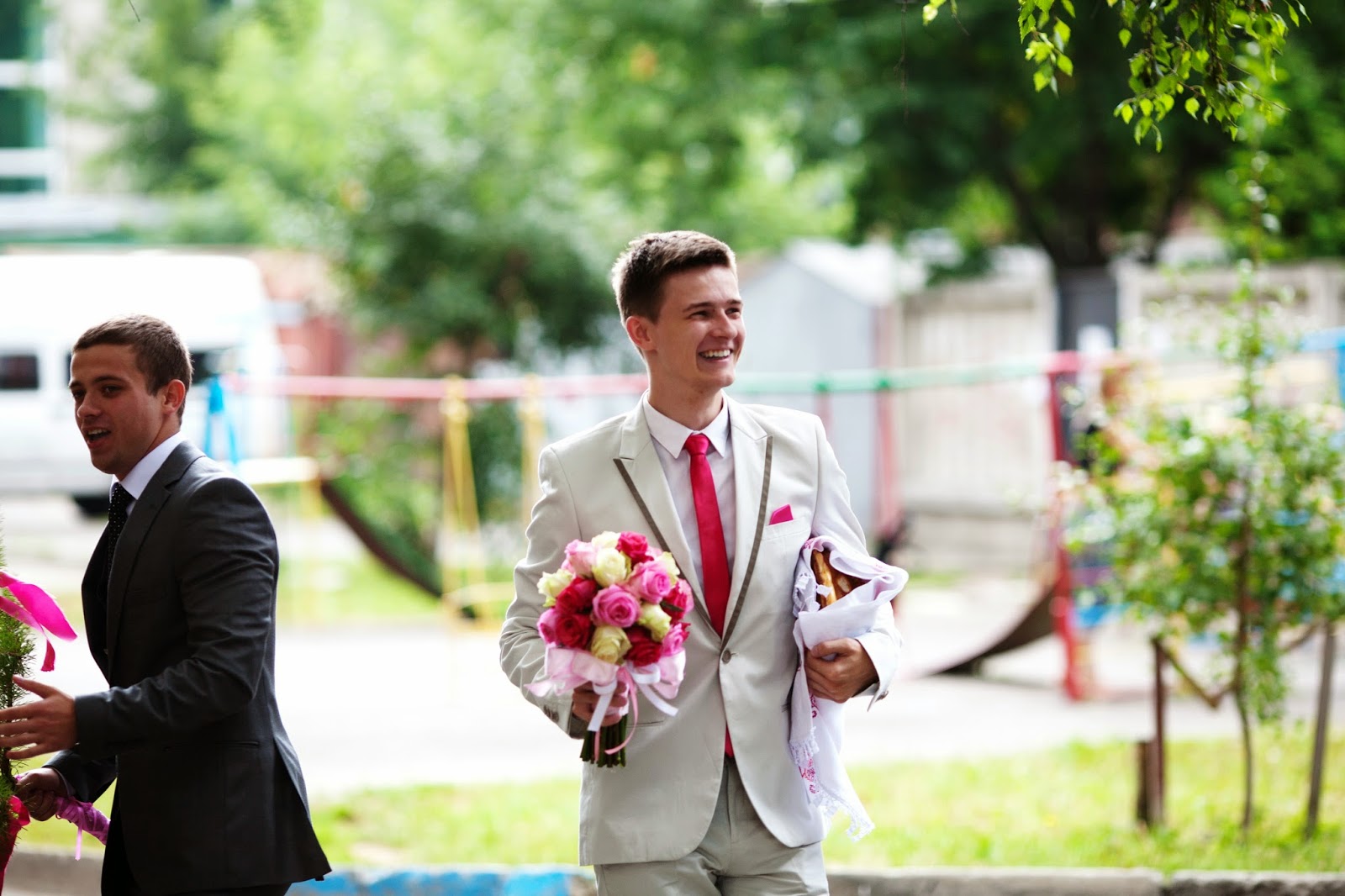 But bride's friends first but do not let him to see her. 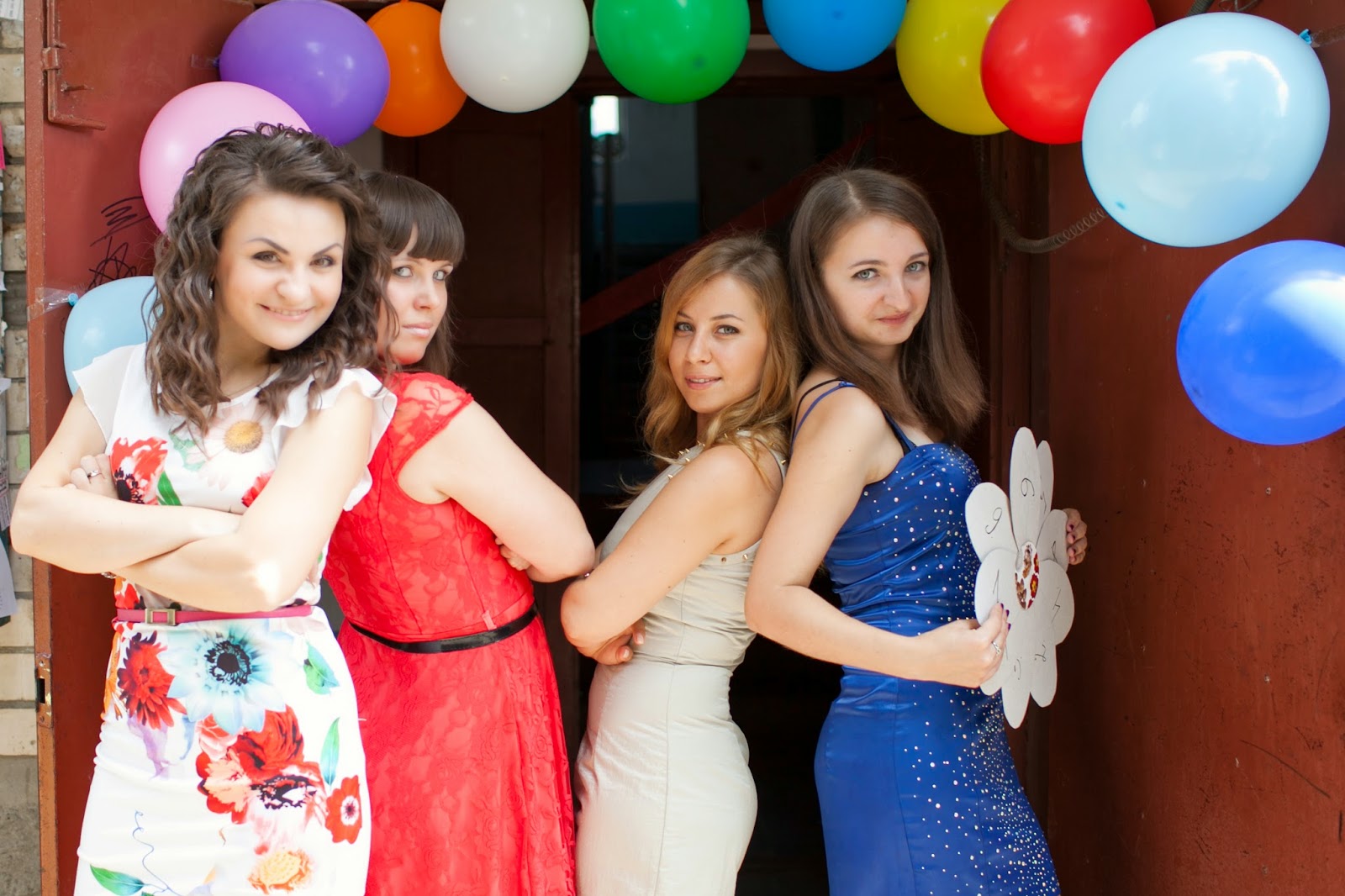 Friends of the bride say that they have a very good, intelligent, smart girl and groom must prove that he is worthy of the bride.
He must perform several different tasks. Which task – depends on the bridesmade. 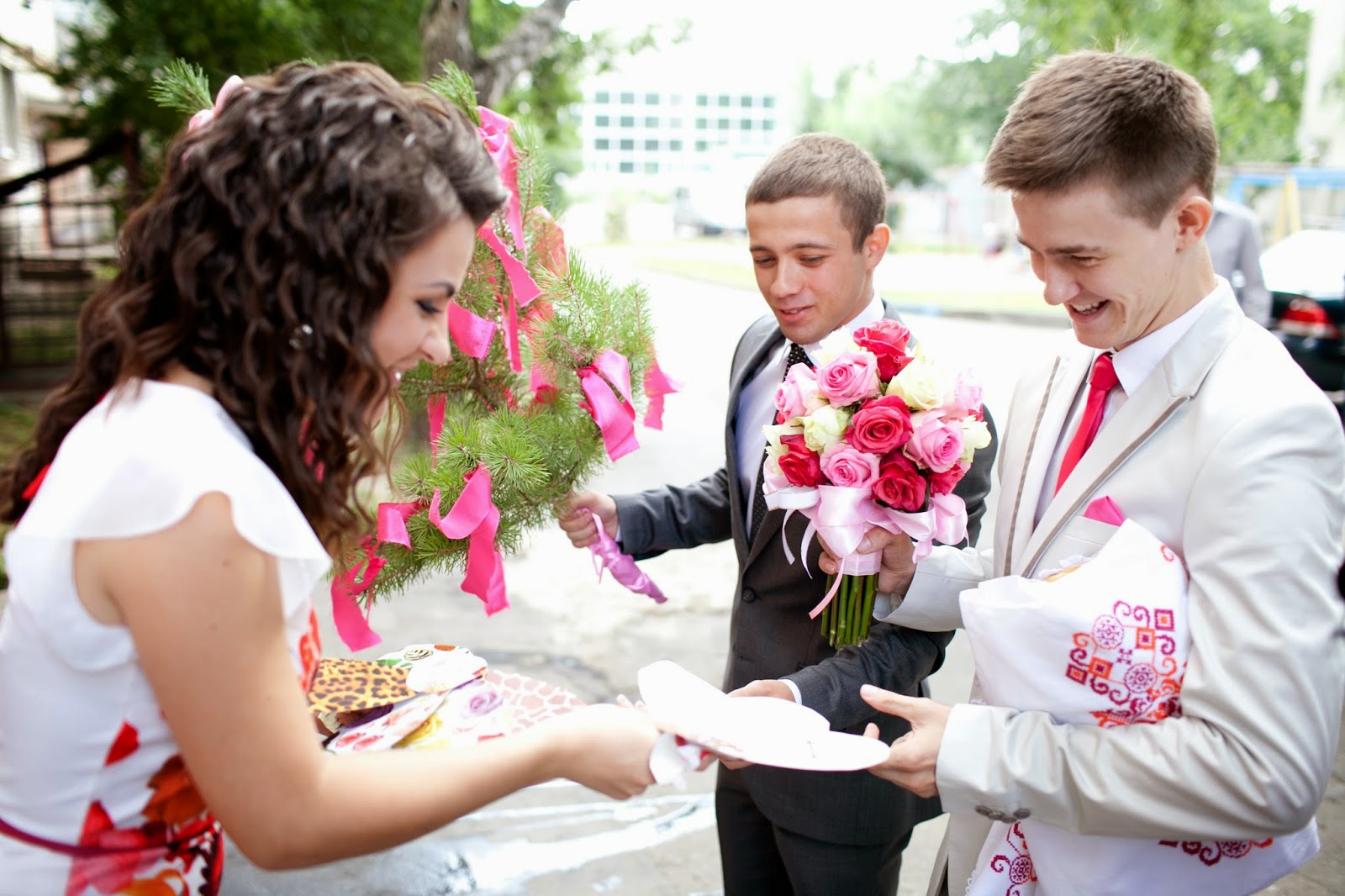 By the way, there is always one main bridesmaid and bridegroom the wedding . Recently, we also can a lot of bridesmades, but still there is one main girl.

Tasks to be performed groom are: guess the smell of bride, called her favorite movies, shoe size, clothes, say I love you in many languages, etc. Tasks can be either. If the groom does not know answer - he has to pay a lot of money.

Once he passes all the tasks he can see the bride. 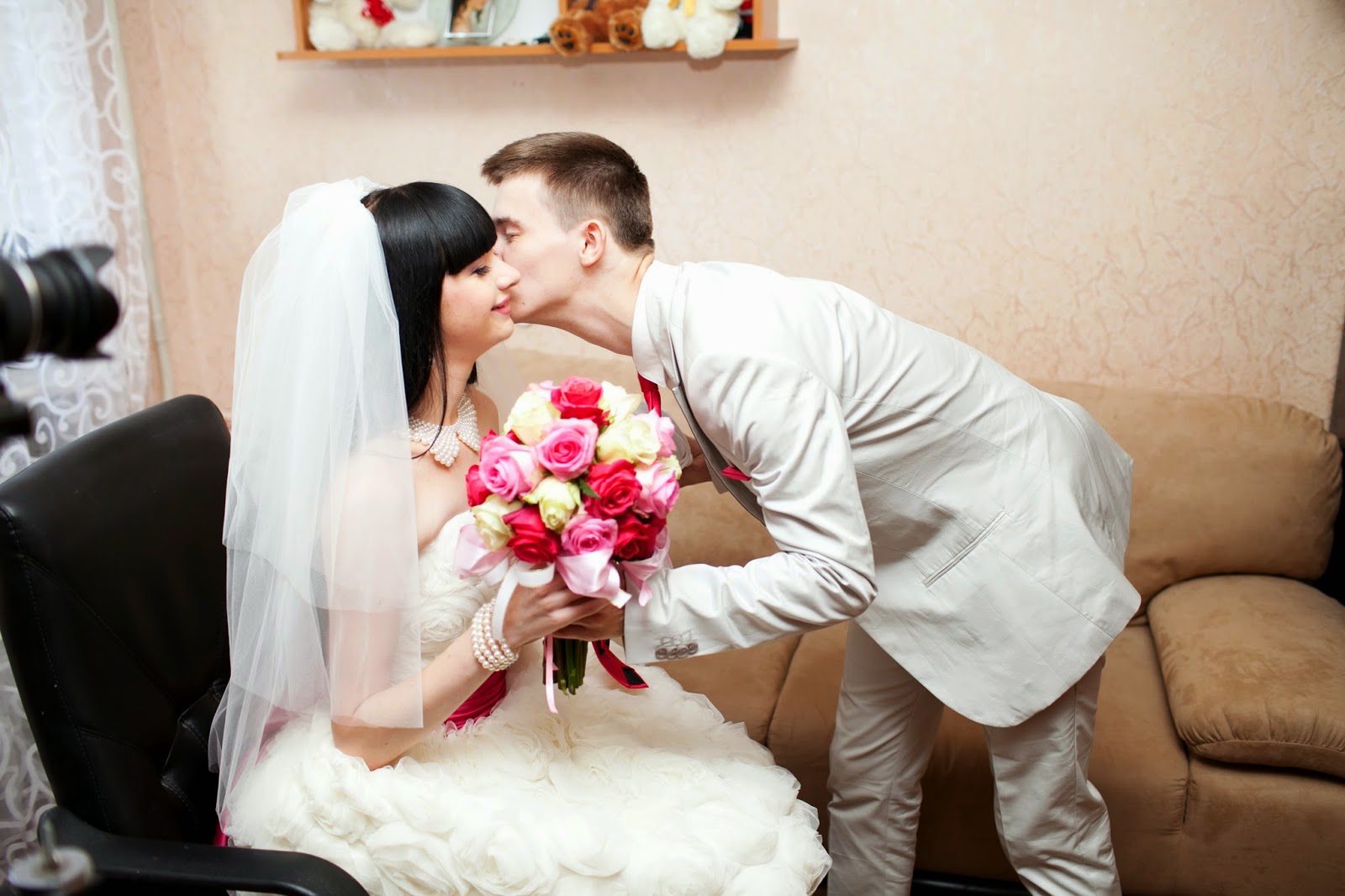 The groom gives her bouquet and bride puts him buttonhole.
Then parents blesses the young couple and they go marry to register office or have ceremony. 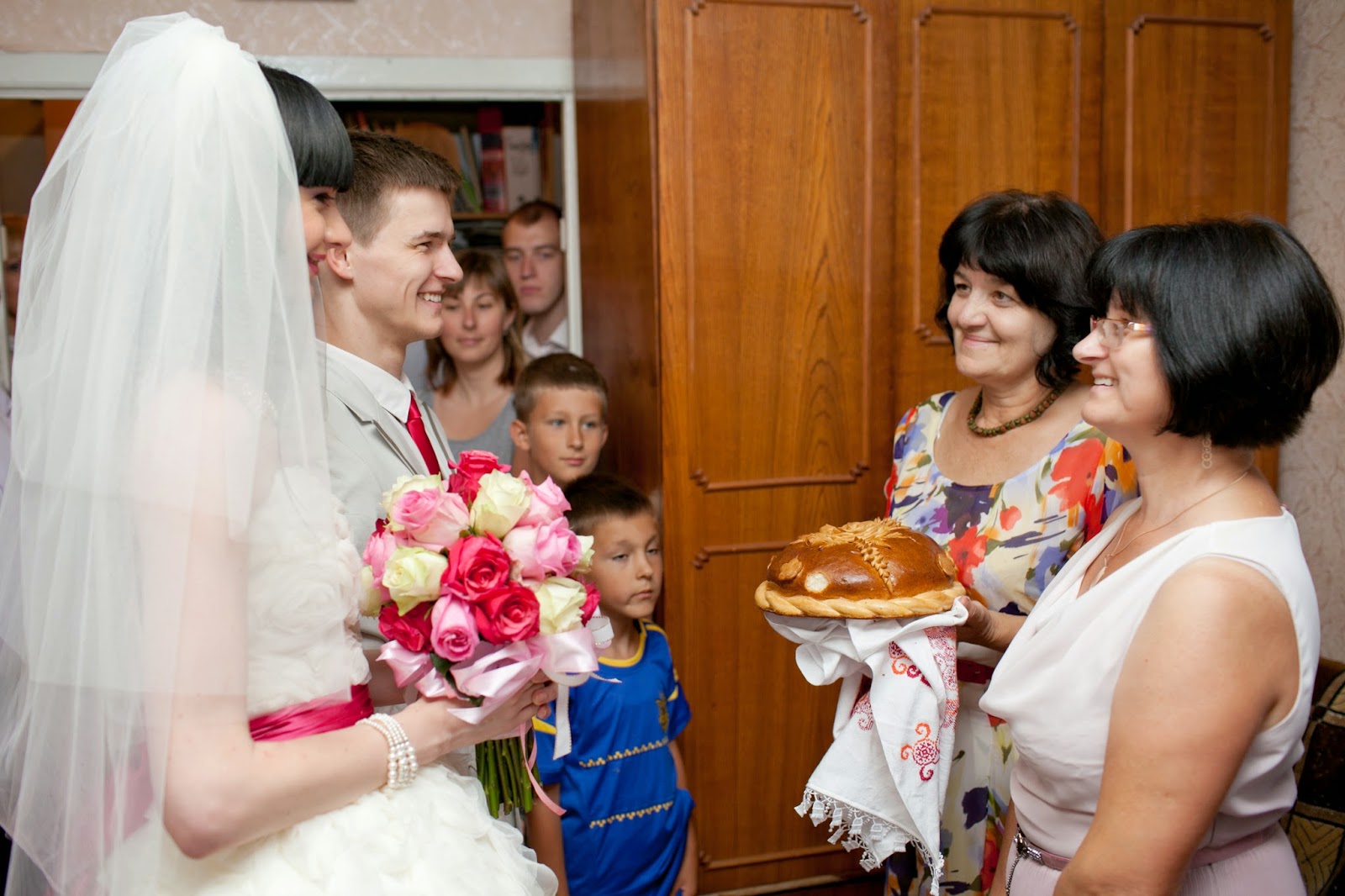 Traditionaly young couple went to the church, but in soviet Union it was forbidden so we used register office. 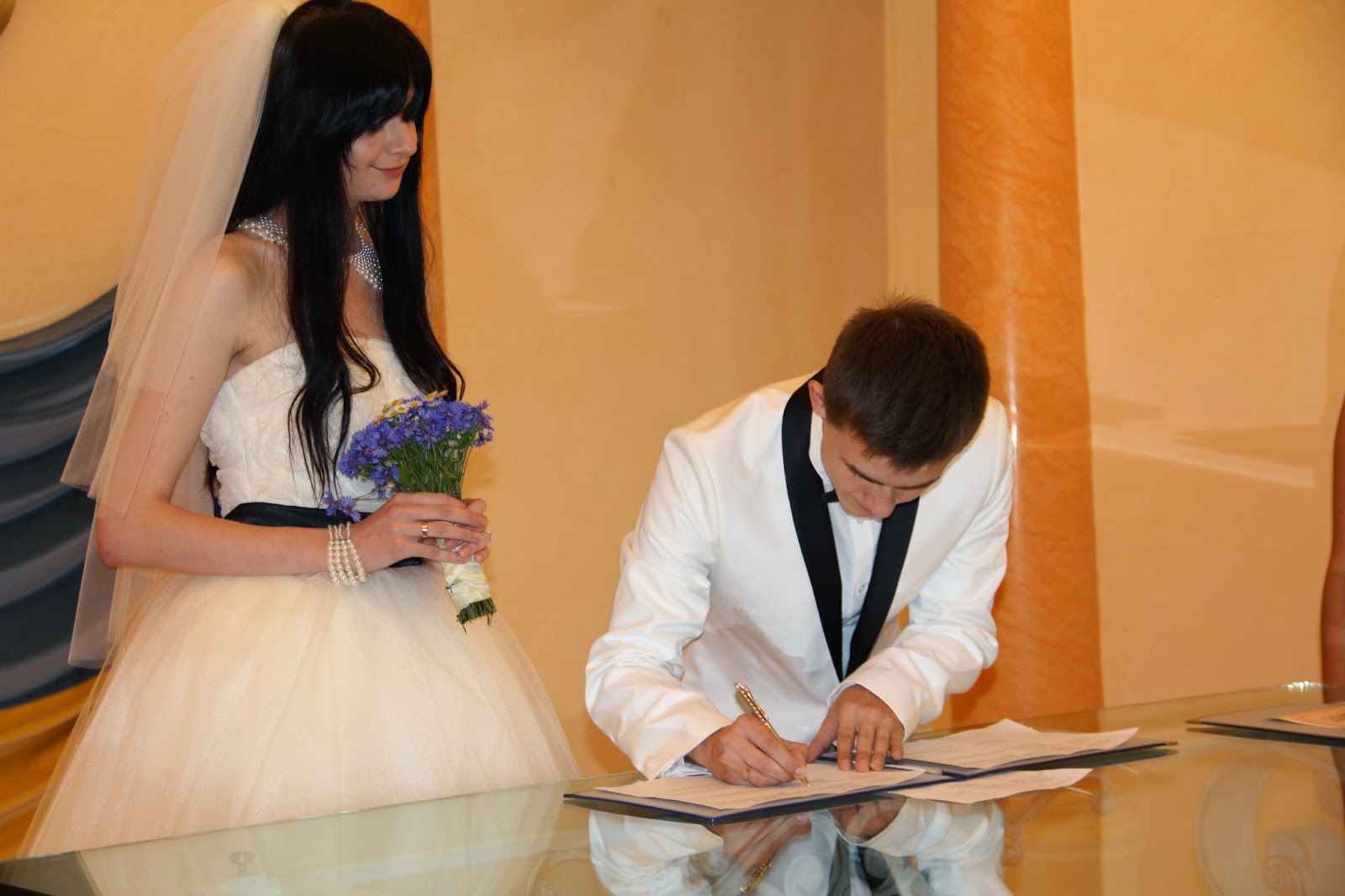 The ceremony is the same as abroad, only there is a towel with stitchery. 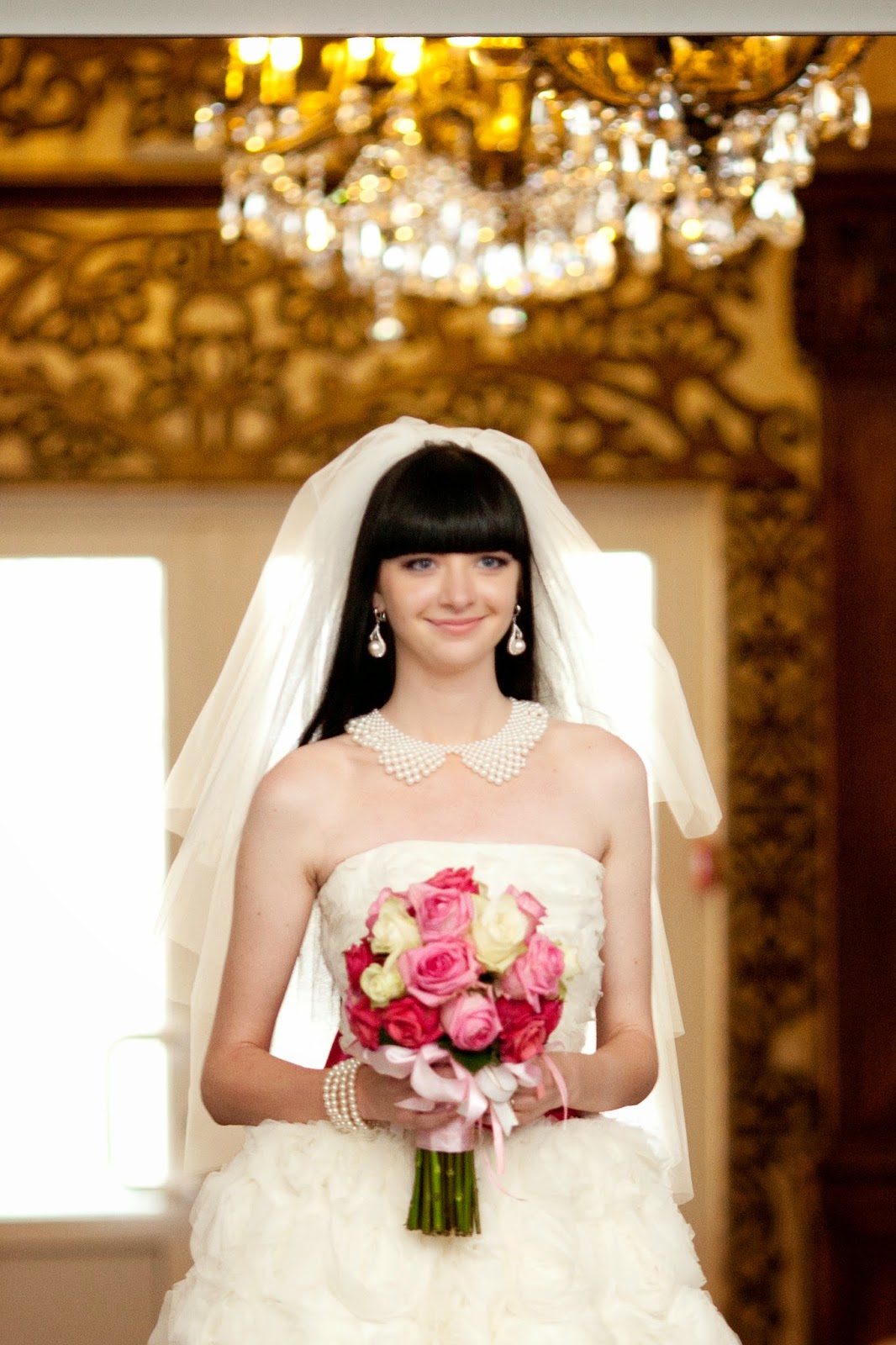 Bride must stich it by herself and think about good future life. Traditionally every girl do this, but now mostly everybody buy it. I do it by myself – I stich my destiny and don’t want to delegate it women from market. 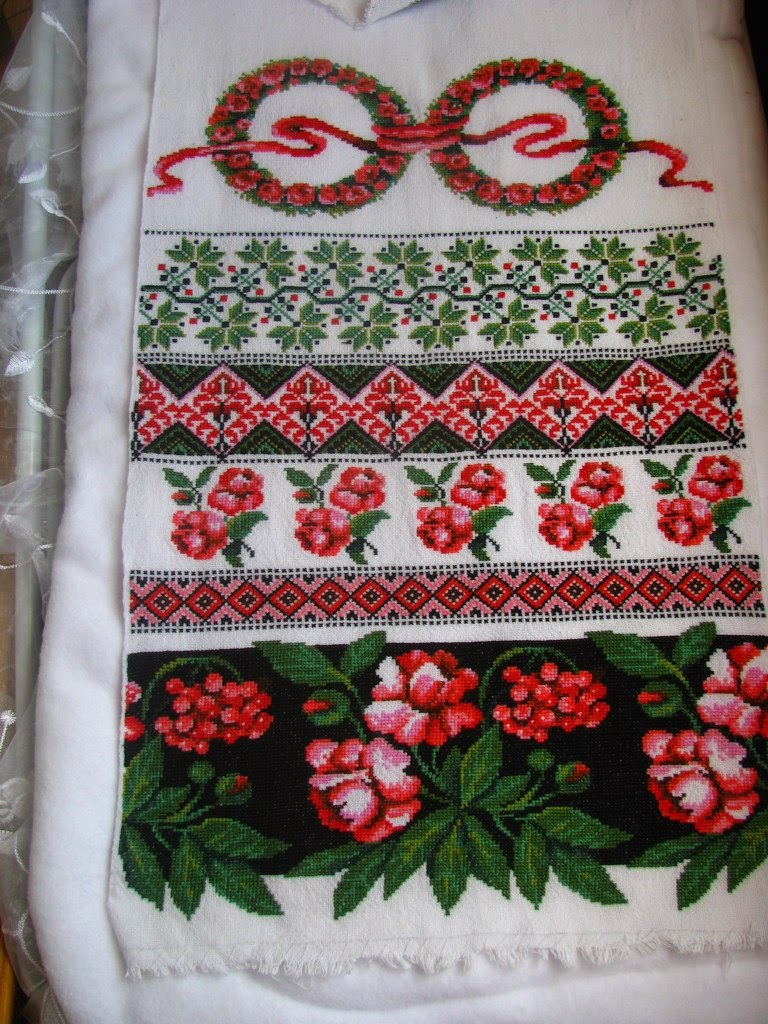 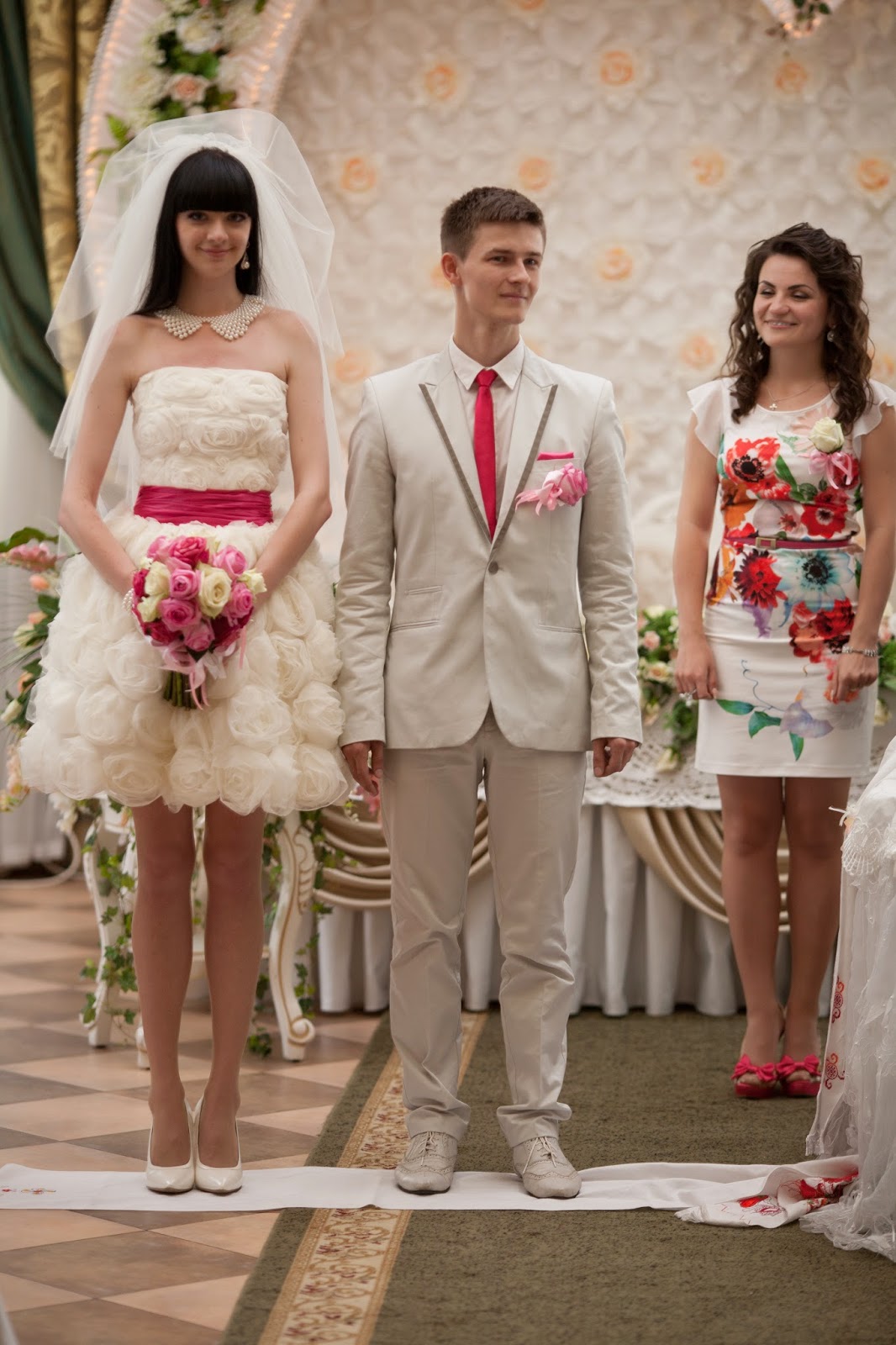 Then begins the celebration of the wedding. We celebrate a wedding in the restaurant and cook a lot of food. - all my american friends who were at my wedding were shocked that we have so much food.
Although the comparison with Ukrainian wedding, I haven’t so much food
We have a special presenter at the wedding, which entertains people. 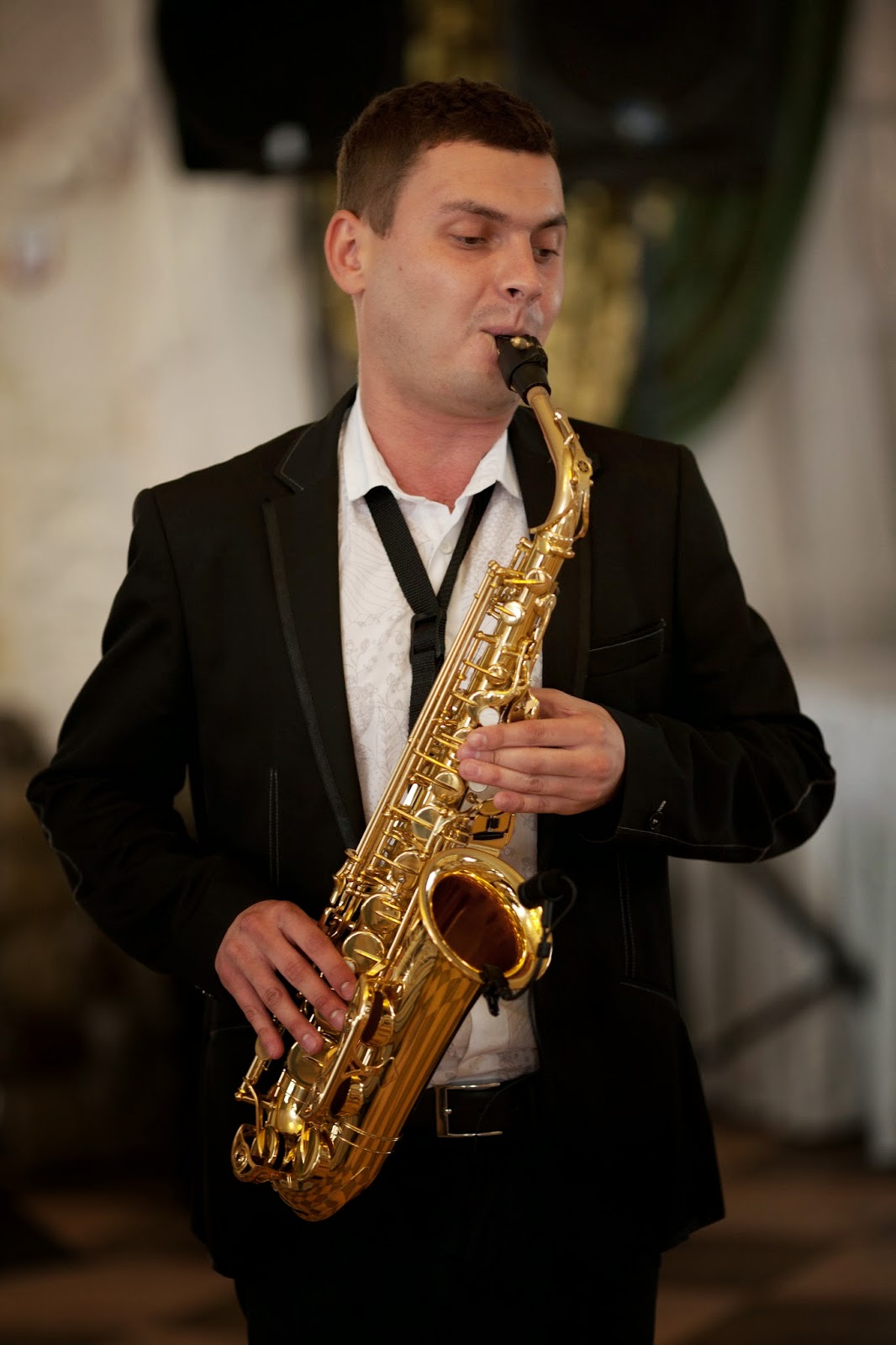 In addition there are musicians who play and sing.
Totally wedding have three stages. That first people eat - and then dance and entertain. Then again bring new food, eat again – then have fun. 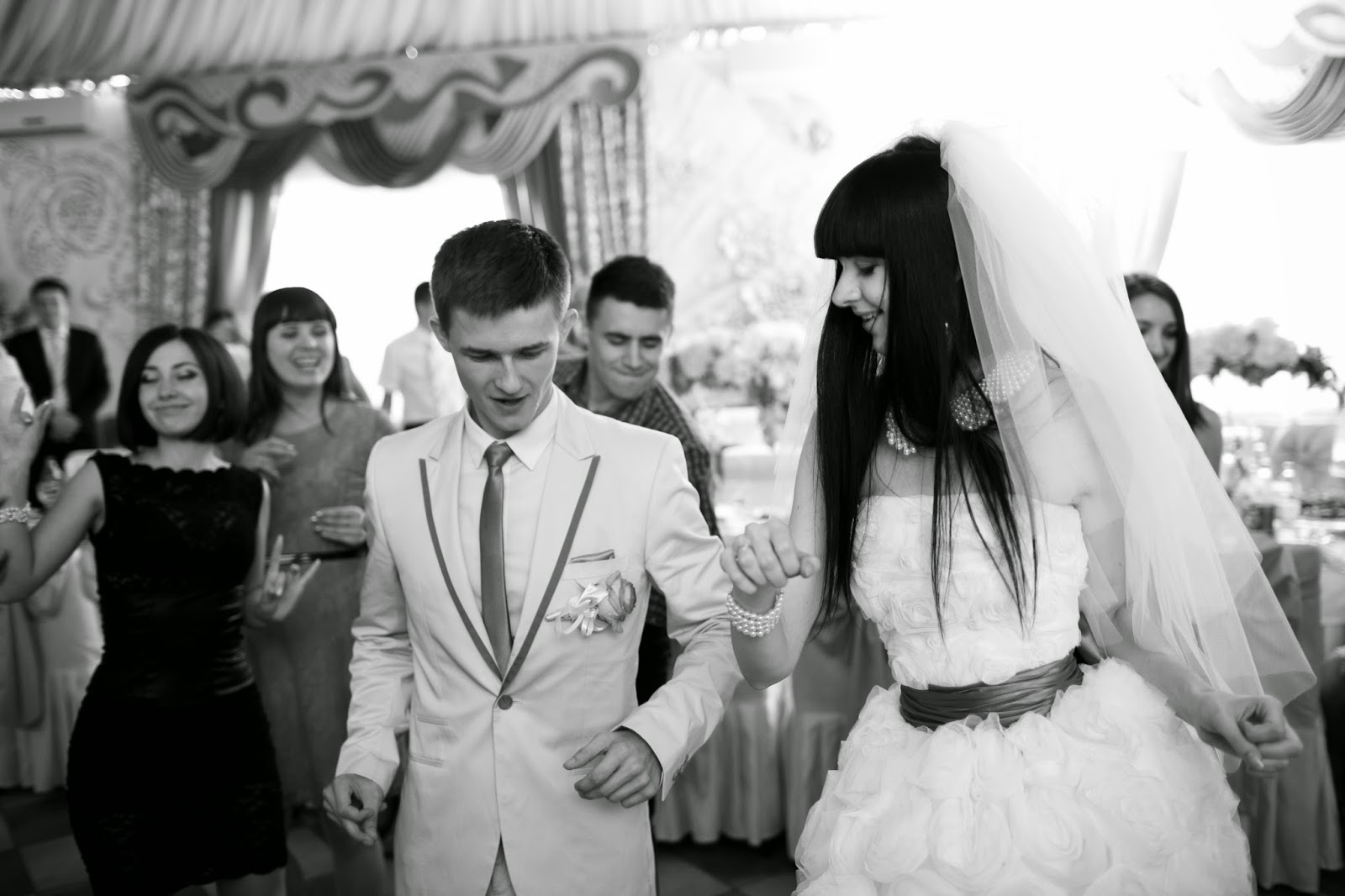 Someone can steal the bride and ask groom to give money she back.
And in third stages nobody eat because everybody is full, but again bring new food, dessert and dancing and then begin the most interesting parts.
Take off the veil of the bride. This is a sign that she was not a girl but a woman now.
Then all the girls who are not married yet dance with a veil.
Then throw the bouquet and starts a family dance.
And everything ends with a wedding.

This is a brief description. In West Ukraine is a lot of tradition, in eastern Ukraine is much less. This is such a middle option. 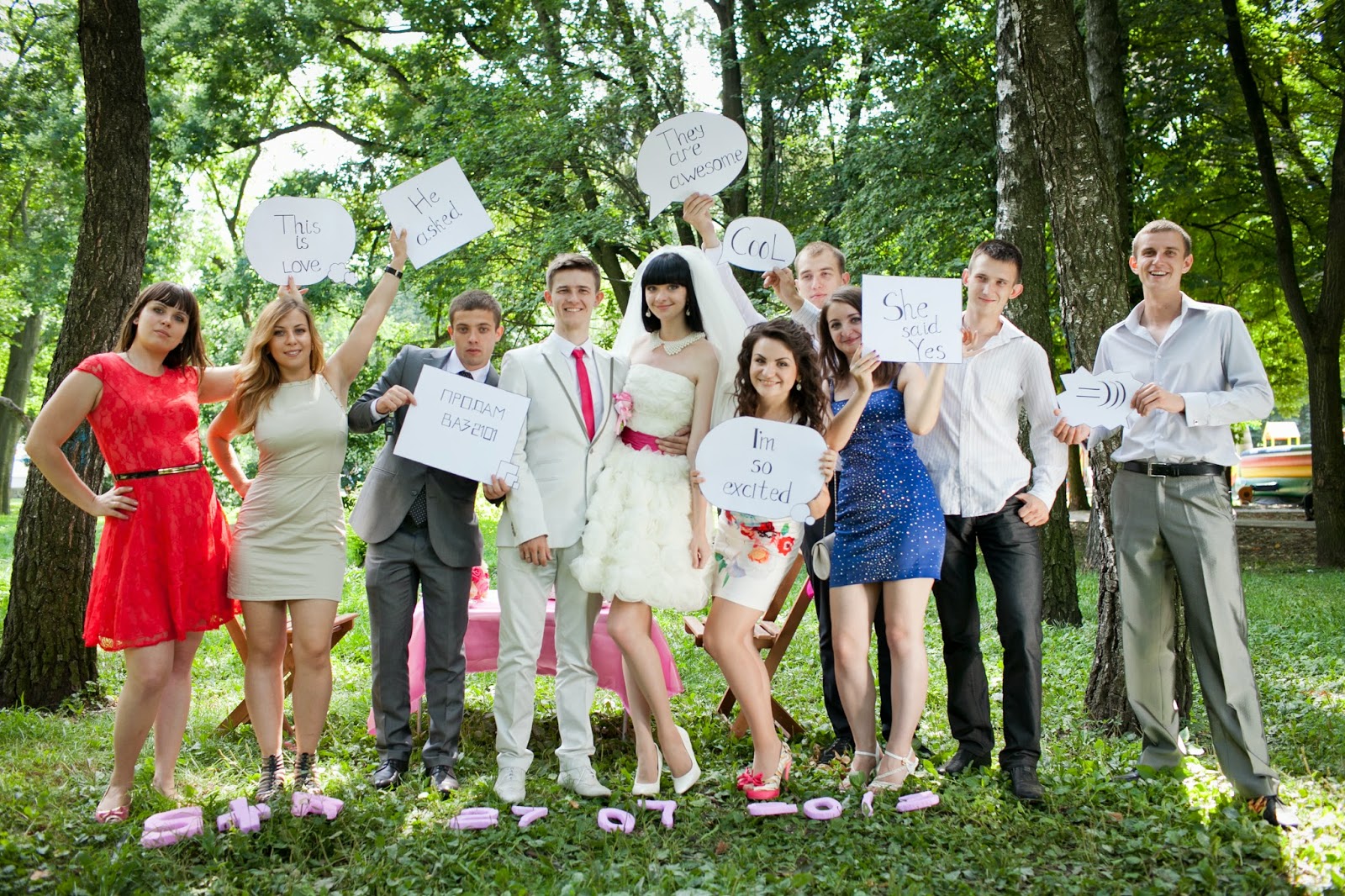 The next day, all the guests come back and just sit, eat and have fun, but not as the first day.

Or listen me and watch, if you don't like reading ;)