As my uncle is from Belarus, sometimes I travel there with my cousins and lived for 2-3 weeks in summer. So I have some opinion about this country and as a lot of people ask me about Belarus, I decided to share my opinion. But I tell you again: that's my opinion, so maybe that's not objective picture of Belarus.

In general, when you visit Belarus, you recieved a great emotion. It's funny country with beautiful people. People are very friendly, no agression and no negative emotions. I have never heard that they complain to hard life ot something else. But of course this things depends on people more. But anyway, it's what I notice. I describe some things, and compare them with Ukraine and Russia.

1. Nature. First thing, that you noticed in Belarus - it's forest. It lookes like it's everywhere, and it's pretty cool. You determine that you are in Belarus, becaue you see forest, just cross the border. At least, Ukrainian border. 2. Life. Belarus is indusrial-agricultural country. Because they produce a lot of food, they have developed village. I visit a lot of them, and I didn't see desrtoyed villages like in Russia, for example. All of them are pretty, clean and high developed. They have great road and a lot of work for people who lives in village. Because in Ukraine and especially Russia, there is a lot of villages where people don't have any job.

What I don't like in Belarus village - it's houses. All of them are wooden, and it's always dark-brown, or black. 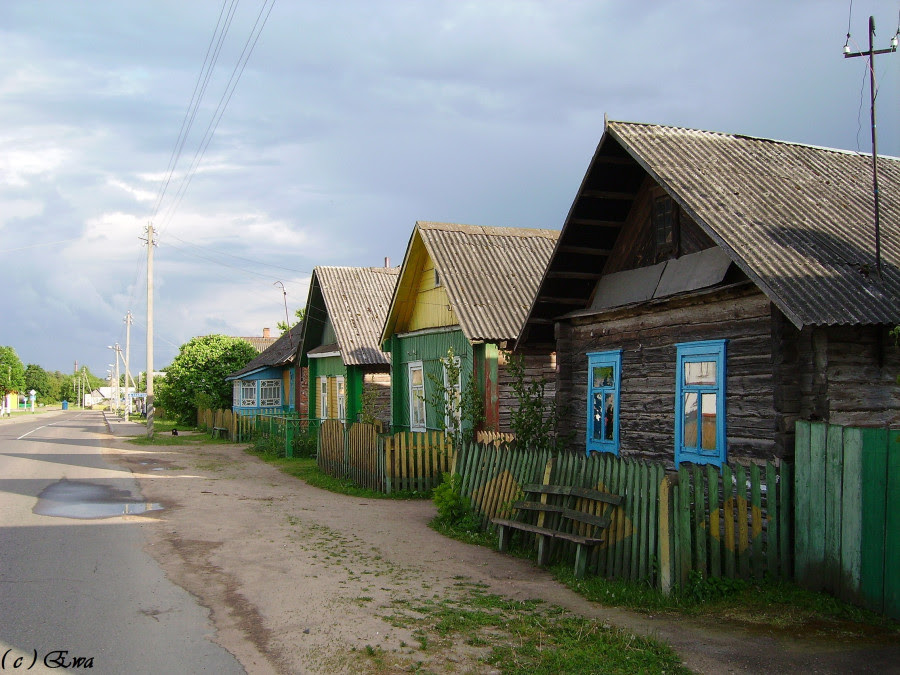 So they look so sad for me, because traditional Ukrainian houses is white or light-grey.

If you compare cities, it's completely the same that in Ukraine.

But they have awesome road. But it's not news for foreigners, it's strange for us, because Ukraine and Russia have awful road.
Look at this picture: it's border with Belarus and Russia.

3. Sometimes you can hear that Belarus is kind of USSR. It's true in some way. When I visited shop in villages and small cities, it really lookes like in USSR: big shop, but not a lot of products , especially clothes, or some stuff for houses. So big shop have just a little stuff and it's most like in USSR. Also they had old style and there was completely atmosphere from my childhood. But it was in small towns. But big cities looks more european, so I can't say that there is some big differences between the same cities in Ukraine.

4. Minsk - capital of Belarus have big difference from Kyiv and Moscow. Kyiv and Moscow are very different, but anyway, they are very crowded cities, there is always a lot of people on  the street even at night. I was in Minsk on Sunday, it was day off, but there was less people on the street then in my city. It was very wierd.

Also they have very soviet architecture. If you look ar Kyiv, there is a lot of old building, I didn't see them in Minsk. When I ask policeman: "Where is some interesting place there?" he asked me - go to central street. But really, I didn't find something interesting there. Just like average Ukrainian city.
If you are foreignr, maybe you like it's soviet style, but I didn't find something extra historical there. Maybe I'm wrong, and I will show you some picture from internet.

I was in Minsk 8 years ago, so a lot of things can changes since that time.
Here is some beautiful things, that I found in Belarus: 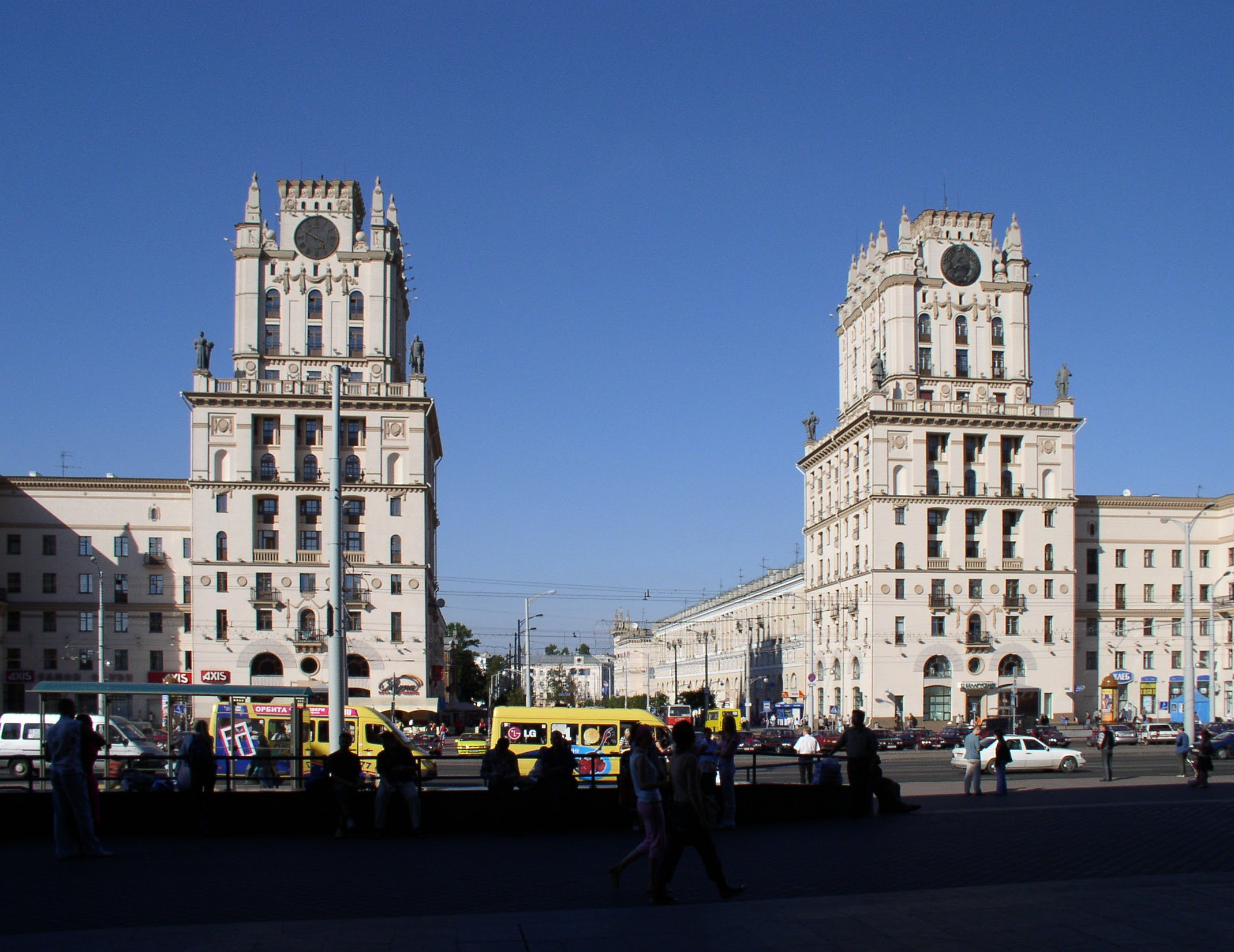 5. Freedom of thinking and talking. There is a big problem with it. You can't criticize authority and their kind of CIA always is keeping everything. We travel to Minsk with some guy from Belarus, and when we walking on street, some unknown number call him and ask: what is the purpose he comes to Minsk and what he want to do here. I was shocked.

Also I know some other relative meet from airport international inspector for election of Pesident. After that he had such a big problem, that it's very big hapiness that he didn't go to prison!

6. Language. A lot of people are interested in Belarus language. Belarus have it's own language, it's similar with Ukrainian in 86%. A lot of people think that they lost their language. It's true in some way. When I lived in village,  80% speak Russian there, but anyway some people use Belorussian language.
It happens, because Belarus have 2 official language: Russian and Belorussian. And of course, it means that you can don't use Belarusian at school, you don't hear in on TV, you don't see films in Belorussian, you don't have Belorussian books.... And what they have? Most people use Russian, because they even don't hear Belorussian.
Second Russian language always destroy native language. The same picture is in Azerbajdjan. Some people even don't know their native language.

Russia said: Russia ends where Russian language is ending. It's true. They occupied ukrainian Crimea at first because they protect " Russian-speaking person", as they said. So maybe my house must occupied USA, because I speak English.

So sometimes Belarussians want to restore their langauge and make it more popular, and I think once time they do this.

7. Belorussian soul. We have a lot of Belorussians here in Ukraine. A lot of my friends are half-belorussian, mostly their fathers are officers, and comes to Ukraine in Soviet time and work in milirary. I've never heard that someone of them disrespect Ukraine, disrespect it's traditions and language. The live there, love Ukraine and never thought that this country don't have right to exist. I can't say this about Russians who live in Ukraine and now you see it because of war. There is a lot of Russians, who hate Ukraine all their soul, inspite of they not only live there for a long time, but they was born here. They still hate everything Ukrainian, want to have special rights for Russian language and finally want Ukraine become part of Russia.

It's not about all Russians, but nobady can denied that now we have war because of some people want to live in Russia and except moving there, they want part of Ukraine become Russian territory.

Why we don't have the same with Belorussians? who also speak only Russian? Maybe it's defferences in people's soul, their relation to other nation, respect "brothers" tradition and language?