As I already said, that there is world's opinion about Ukrainian girls. They are like idal of woman: they can work hard, clean house, love her husband, rise children, have great education and can be very active. How real is that imagination? Should you choose Ukrainian girl or woman for yourself? I discuss in this article.

At first I begin, you need to understand, that all woman are different in any country. So we have well-manered girls, we have hard working girls and also we have lazy and stupid girls in Ukraine. They all are different and you just need to look at person, not nationality.

Why a lot of people on the world think that Ukrainian girls is one of the best?

I just want to say you my opinion.
Since beginning of 19 century Ukrainian woman traditionaly work a lot. They had  a lot of children (5-12 in each family), which they need to grown up, had a big garden, where they work all day, field, where they also need to work with their husband and children, also they prepare food, clean house, stitch and made clothers for whole family. And young girls grown up in this atmosphere and then works hard in their family. 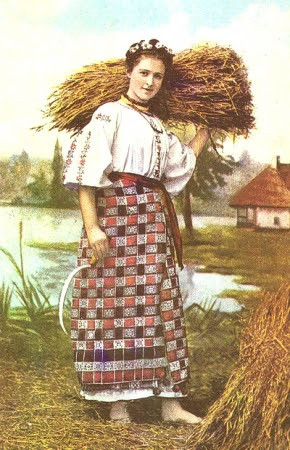 Then comes USSR, and woman inspite of garden and children started go to work on plant. There was so little things in USSR, so they traditionaly need to made everything by themself: laudary, because there will be not automotive washing machine, making closthes, because there big problem to find something in shop, cook dinner, because there can be only one restaurant in whole big cities with no free place and everything was so expensive.
In free time they worked on garden, because there was nothing in shop, and if they want to have food, they need to grown up everything by themself.
I think "soviet woman" it's different type of woman, that is the most similar to word's opinion about Ukrainian and maybe Russian woman.

At the same time when USA had pin-up picture with girls and woman was painted near laxuty cars, somewhere in the see or in restaurant,  soviet woman have pictures with shovel. Just compare: 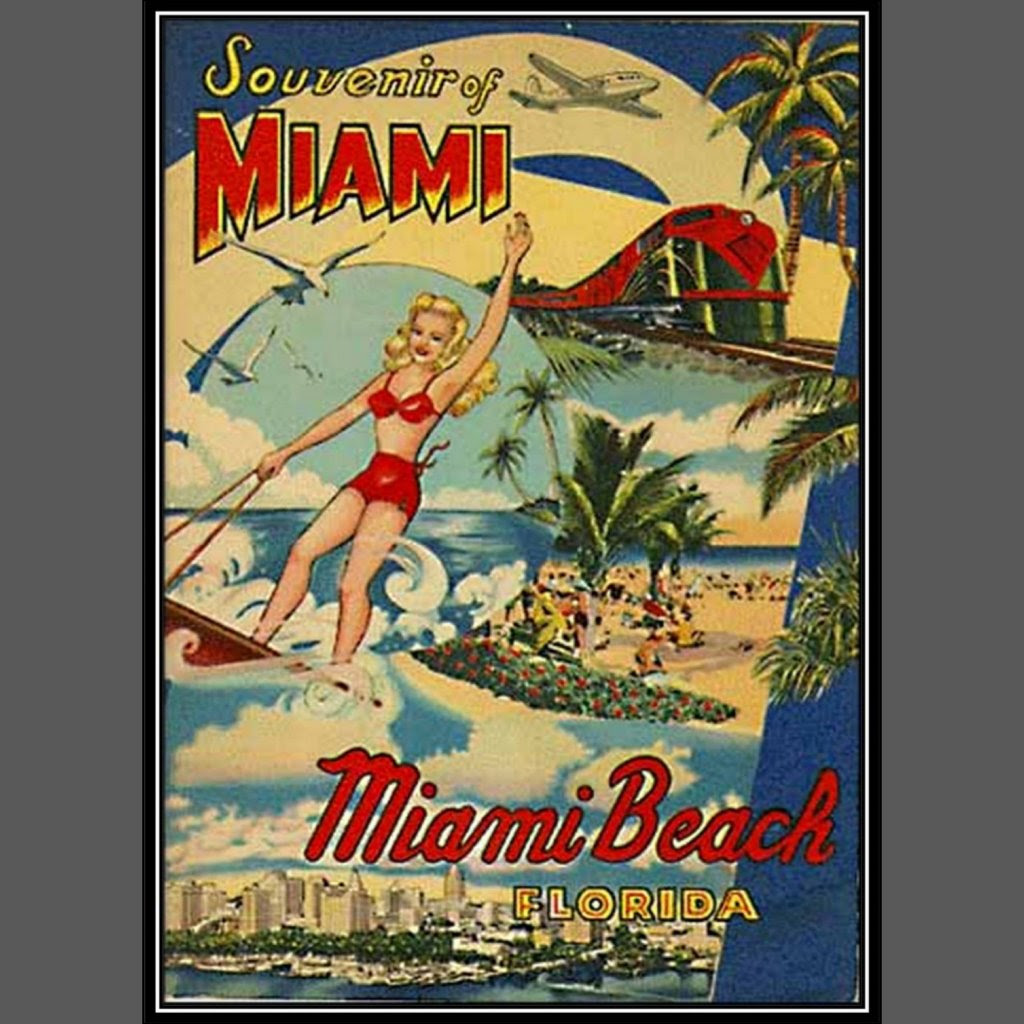 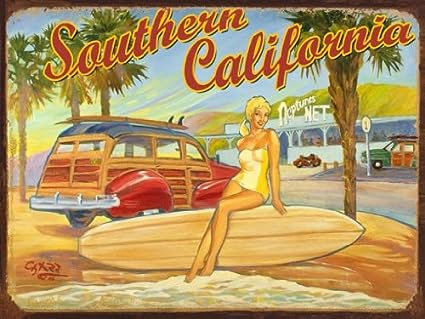 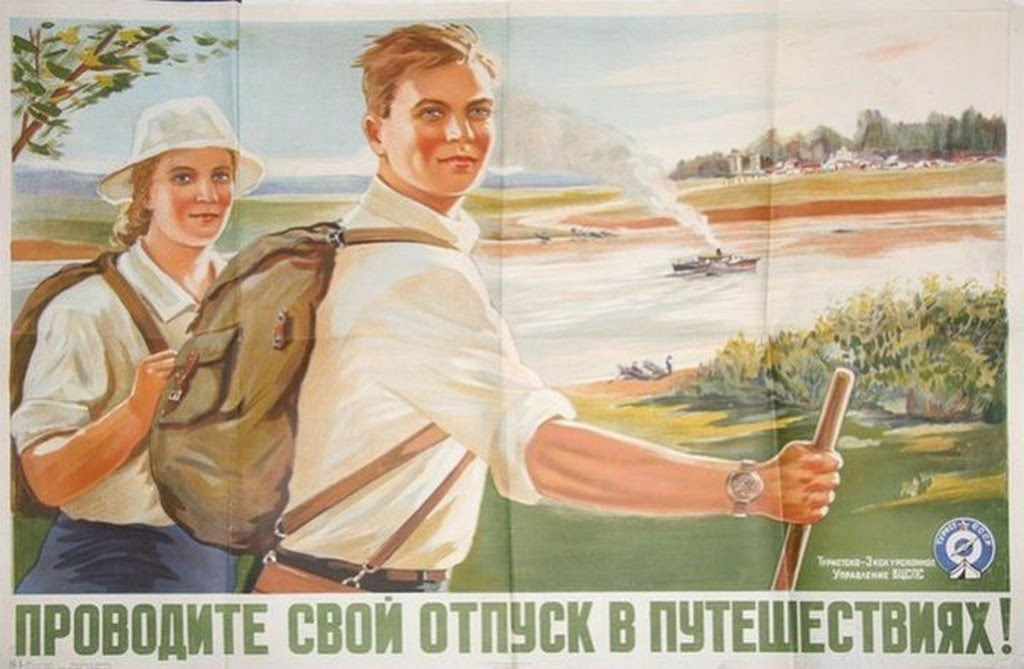 And just some more picture, that you understand how must looks soviet woman. and they rise with this imagination.

And USSR confirm them, that yes, that is true soviet woman: with shovel, tractor and unisex in general. If you go in shirt skirt, or with open neckline, on high heels, people judge you and you can even have very big problems on life.
Look at this picture: be stylish was shamefully. 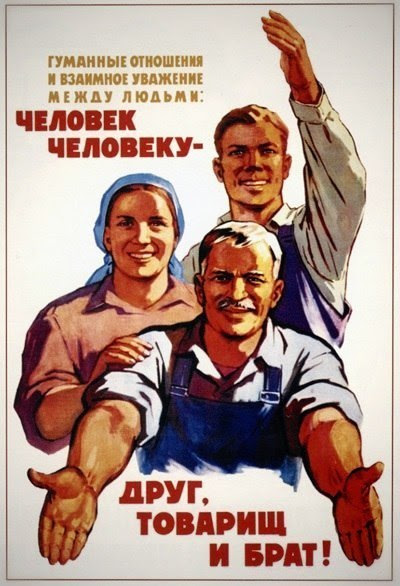 I remember how my mom wash package, because it was such a unique things even in 1990th..

And you know, I think if you always forbid something, you want this more and more..
USSR didn't produce anything fashinable or cool - everything was sooo terrible and looks awful.
And you can't import anything from abroad, because USSR was closed country. Should I say, girls even didn't have sanitary towels! There was no high heels, cool jewelery, cosmetics and something else.
So when USSR become fall down, border become open, in the end of 80th, all soviet girls become crazy!
They try to looks so hot and very very sexy! They don't want to work hard anymore. 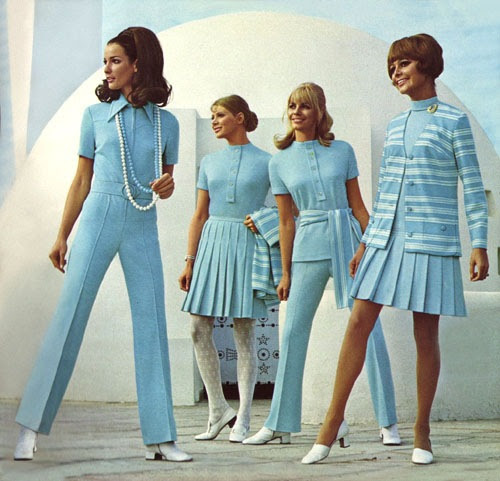 
Because of all this hystorical events, I can devide modern Ukrainian woman into 3 types:

1. "Soviet woman type".
She do everything: go working, always cooking, cleaning house and raise children. Also she can work on ground and don't ask you a lot of money. Everything only by herself. But she don't go to SPA-salon, don't make awesome make-up (mostly time she is without make-up) and manicure, no gym. She have just natural beauty. 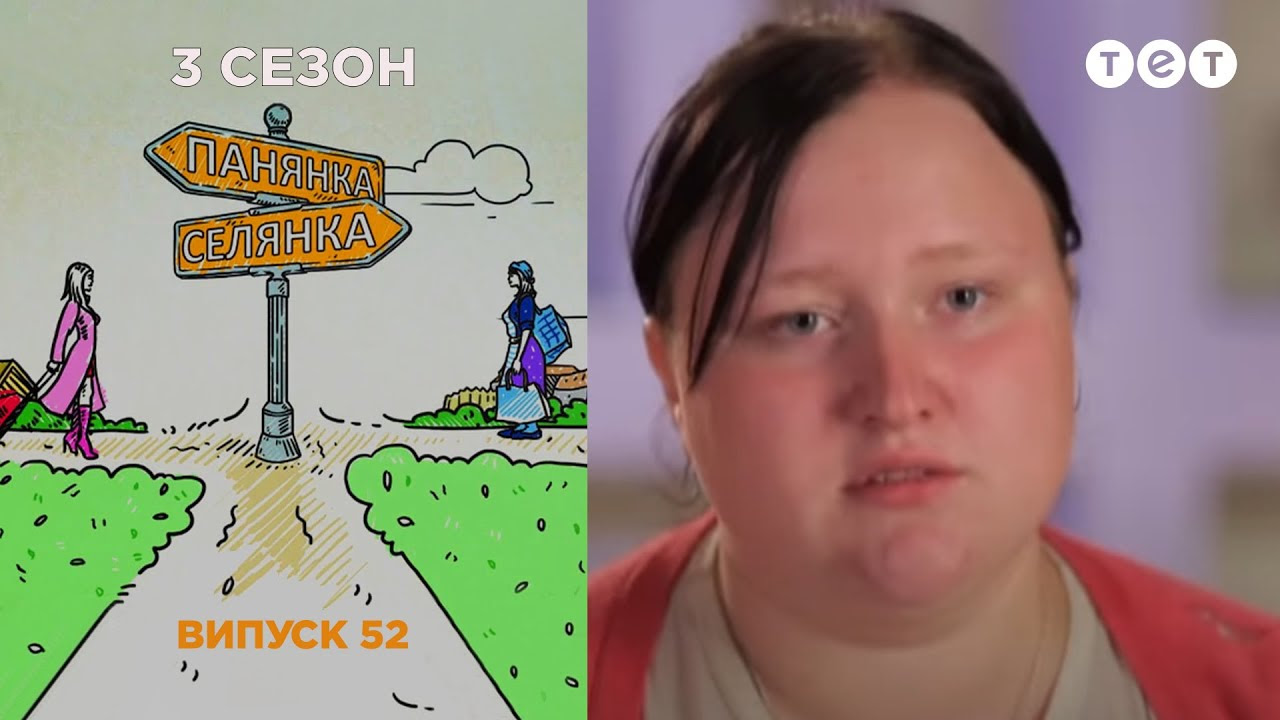 2. Average woman type.
This is the most popular type of modern girls in Ukraine. They devide all responcibilities with man. They can go to work, can clean house, can cooking dinner, but also you need to do the same. If she don't want to clean house - you need to do this, or you will have a big problem. Also sometimes you can go eat in restaurant, if nobady want to cook. But you need to have money for all of this stuff. Her money is mostly for her make-up.
Also you need to give her gift sometimes and  to organize vacation for family. She wants to go somewhere abroad or at least in awesome Ukrainian resort.
This girls don't confirm to go by electrichka to village and works on garden... They go to Salon sometimes, hairdressers, gym and try to looks good.


3. Models type of woman.
You need to give them laxury life. You need to buy luxury house, give her awesome car and also earn money for her. She will spend all time on cosmetologist, hairdressers, SPA-salons and with her friends. You need to go 3-4 times on laxuty resort somewhere on Maldives, Dhubai and somewhere else.She do not cook, not grown up children and do any other house work.
Also need to have several housekeeper and nanny for children.

Mostly time foreigners look at models and thing, that they will work hard, or at least work and keep house. Don't be naive!!!