Mystical tourism become more and more popular nowdays. There are lot of people who are ready to look through afterife or meet ghost of dead princess.
There are a lot of mystical castles in West Ukraine.
If you believe in mystical place, you must agree, that all of them are related to death, suffering and other terrible things. This place keep negative energy and then don't make peace to people who attend or live in that place.
Even if you don't believe in ghosts, you will feel something unreal on this places.

Zolochiv castle is very old. It was build in 1634 year like a castle, but after coming of austro-hungarian army this building become a prison. Since that time it become fill of spirit of hatred, suffering, doom and death.
But the most terrible and cruel things took place in NKVD time - so time of special forces in early Soviet Union.  Iron hook and table with blood, people immure on the wall. When they murder pregnant woman, they cut their stomach and put there stones. Then immured them on wall also.
This castle literally become a torture house. Unfortunately, wall of building have never forget this sufferning and tears.
There always was cold and creepy.
When builders bring stone for restoration, there become to appear a wierd pictures on them. Someone said that it's map, others said that it's ancrypted secret signs. There is meaning, that they belong to old Knights Templar.
Since time when this stones was bring to castle, people become noticed a ghost of unknown man. 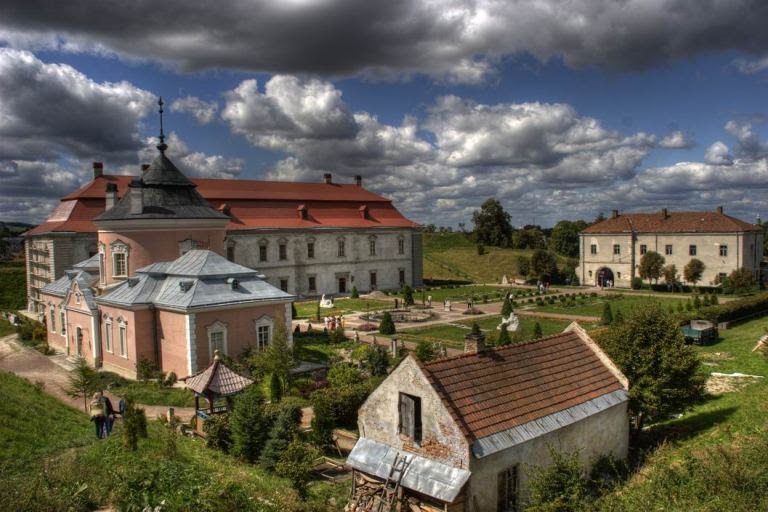 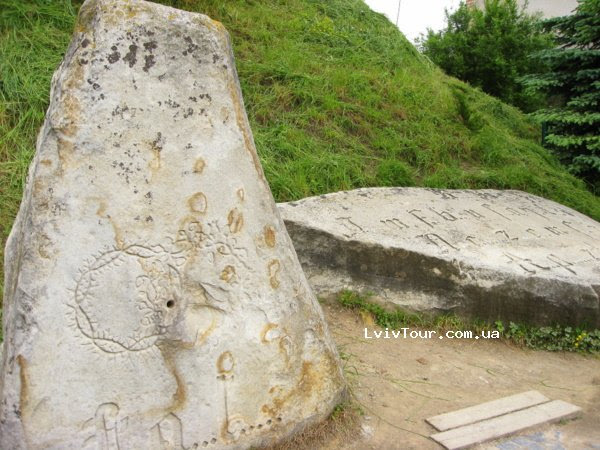 Castle was build in the end of 1630 years. At first it belong to polish hetmans and was the most laxury palace in West Ukraine. Then it was robbed, there was fire, it was ruined, them there was hospital and a lot of other things people did there.
But all people, who spend at least one night since 18 century, saw it's terrible mysrery. A lot of people saw ghost of young lady. Also they saw how door can open sometimes without anybody,
History said that owner of this castle killed her because of jealousy and hide her body somewhere in that castle. 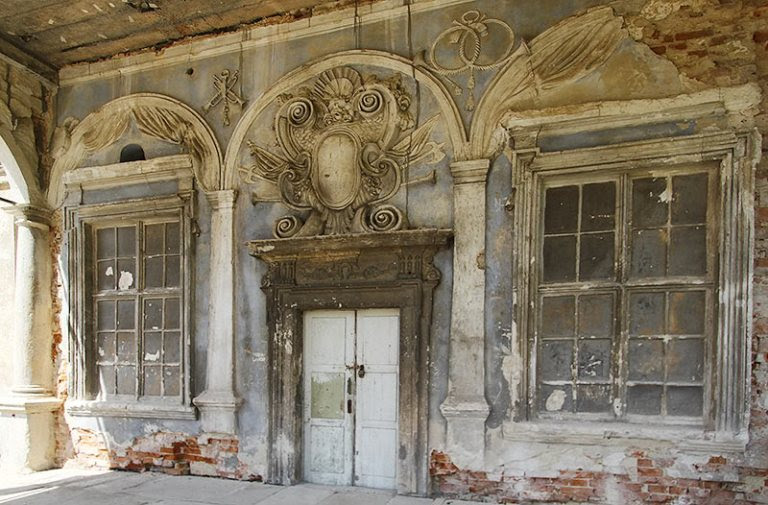 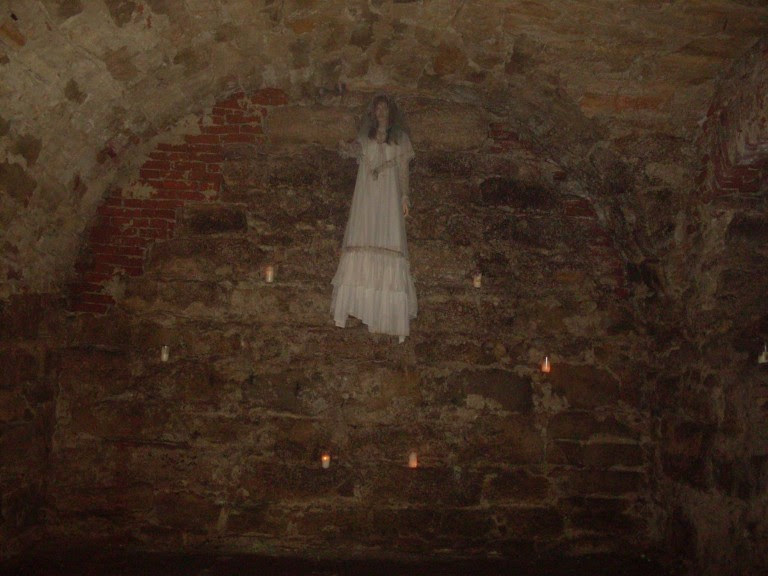 It's former residence of Transilvanian kingdom. If you have ever heard about Drakula, you know that he came from Transilvania.Zamok Palanok was built in 900-1300 years, according to different data. As you can guess, this castle has rich history. There was singing of intertational agreement, peace agreement, took place people's insurrection, see a lot of war and disaster. The most interesting, that this castle still be in perfect condition nowdays.

This castle become famous when there lived two woman - Sophia Batori and Ilona Zrini. It was mother in law and daughter in law, who feuded among themselves.  But Ilona Zrini took brave place on history, at the same time Sophia Batori recieved disreputableness. 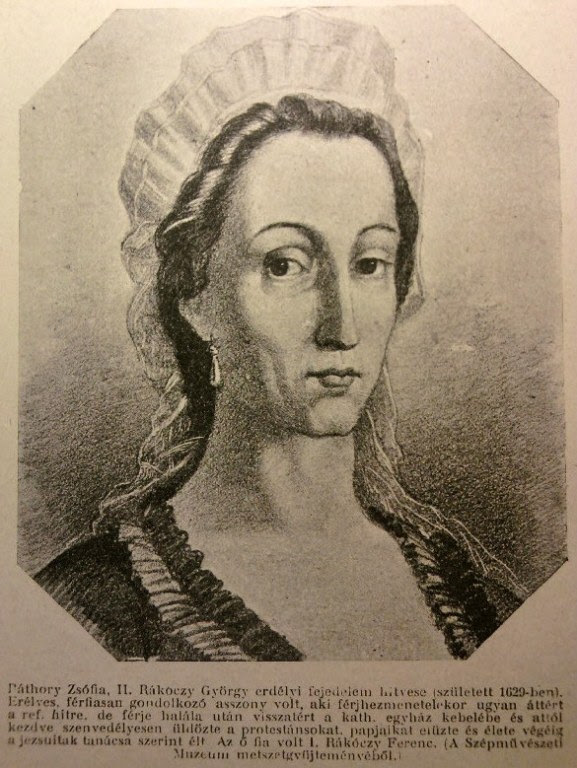 She had a passion to human's blood. But she not only killed people for blood, but also killed chaste 30 years old girls and took a bath with their blood. She believed that it gave her eternal youth.
Nobady denied that she was so cruel. Old people said that this castle had a lot of room for torture, where she polish wall by human's body. By the way, you can see this room nowdays, it's open for tourists.

Since 1789 this castle become a prison for political prisoners. For more than 100 years there will be suffering of people. So walls of this castle remember thousands unhappy people, their  sorrows and blood. 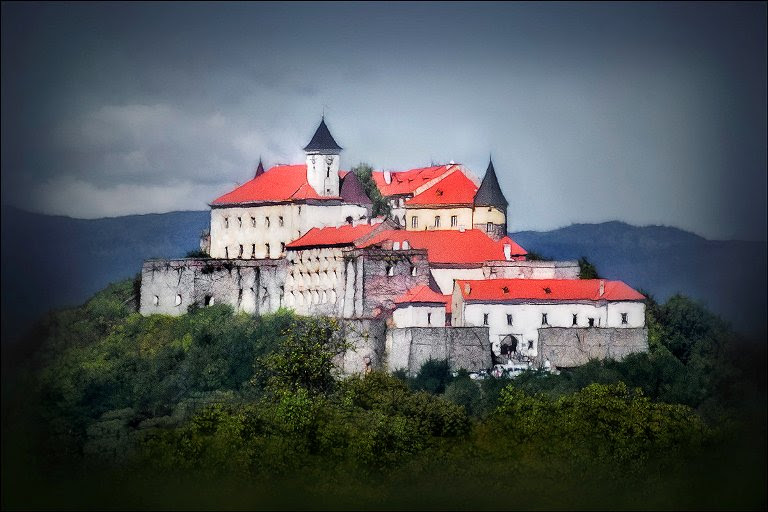 It's one of the oldest castle in Ukraine. Once time there was border between Lithuania and Polnad and authority of this two states was fighted because of ownership of this castle.
There was born Jan Sobesky - king of Poland. Legend said that when he was born, there was a huge storm. When they put newborn king on the table, suddenly big lightning stuck into the table, and devide it into two parts. It was like mystical sign. Next time lightning coused a great fire on this castle.
Also legend said that one young man felt in love with girls from this castle, but after he recieved a refuse of marriage, he killed himself by knife. Nobady buried him, just drop from castle into backwater.
All people who work on this castle said that they always feel someone. Also dogs feel presence of somebody. 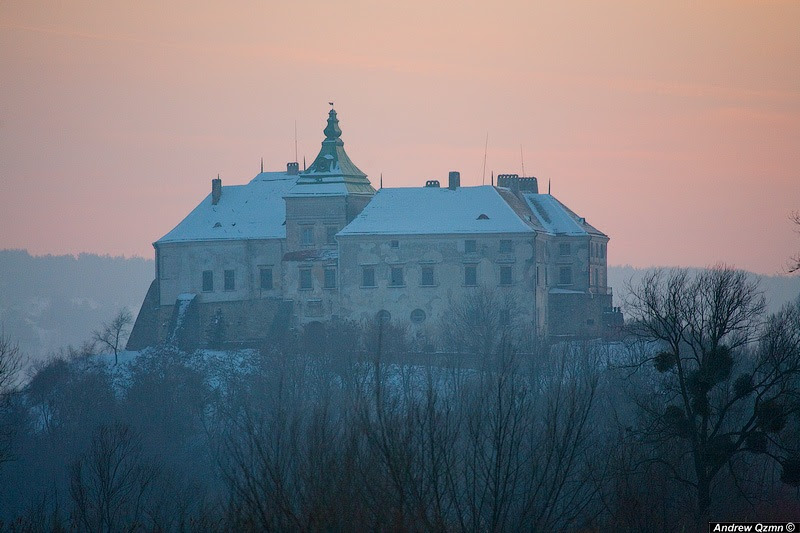 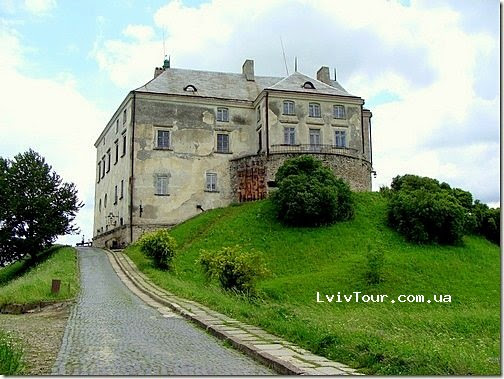